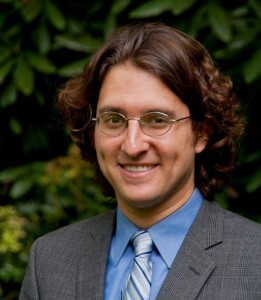 We are “People of the Book” and selection of keynote speakers for IAJGS 2013 Boston and, now, the 36th IAJGS International Conference on Jewish Genealogy in Seattle (August 7-12, 2016) seems to follow that rubric. In Boston, MacArthur Genius award winner Aaron Lansky of the Yiddish Book Center regaled us with stories of his exploits collecting, preserving, and digitizing Yiddish books, with the goal of recording and preserving Yiddish language, culture, and texts. Dr. Devin E. Naar, the IAJGS 2016 keynote speaker, has taken a page from Lansky’s “book” and is doing much the same kind of work, but for Ladino (Sephardic). Naar is also an accomplished genealogist.

What has distinguished both Lansky and Naar is that while they are both enamored with books (and their respective cultural history), neither has approached their chosen professions by the book.  Lansky’s MacArthur Genius grant is a testament to his originality and productivity.  Naar , too, has approached Sephardic genealogy, history, literature and culture with a fresh approach.

A history PhD from Stanford University, Naar began his interest in his Sephardic genealogy at age 20 when another New Jersey Naar sent Devin and his father a letter trying to determine if his Naars and theirs shared a common ancestor. Devin Naar’s journey has led him to self-taught fluency in Ladino; the Sephardic world of Salonica, Italy, Amsterdam, the Caribbean and the United States; a Fulbright Scholar year in Greece; his dissertation, Jewish Salonica and the ‘Making of the Jerusalem of the Balkans,’ 1890-1943; and, now, an endowed chair in the University of Washington’s Stroum Center for Jewish Studies and an assistant professorship in History at the University of Washington.

Naar’s arrival in Seattle in 2011 invigorated the local desire to preserve Sephardic culture and history. To that end, in addition to his ground-breaking academic work, Naar leads a digitizing effort called Seattle Sephardic Treasures. The project involves collecting, preserving and disseminating artifacts, book and letters from the Seattle Sephardic community. Thus far, the project has collected more than 700 items.

We can expect an excellent keynote address. Naar’s teaching at the university level has received student accolades and awards.

Check out Dr. Naar’s faculty profile on the Stroum Center for Jewish Studies webpage. You will find a list of and links to several of his publications as well as videos of several lectures.

You may hear him, interviewed by Aaron Lansky, on the Yiddish Book Center’s podcast, Tune In!, from August 2014 at: http://www.yiddishbookcenter.org/audio/collecting-ladino-books-conversation-devin-naar

The webpage of the Jewish Historical Society of Central Jersey features an article Naar wrote about his family history research, “Tracing the Origins of the Naars of New Jersey: A Personal Odyssey.”

Don’t forget! The deadline for proposals for presentations at IAJGS 2016 is fast approaching. One may submit proposals until midnight, December 15, 2015. Submit proposals online via the conference website www.iajgs2016.org. For information about proposals and submissions, contact the Program Committee at program@iajgs2016.org.