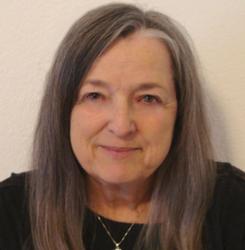 Jenny Lowe first started doing genealogy in 1968 when an uncle presented a family tree void of women, including herself.

After receiving her MBA, Jenny spent 33 years in management and operations analysis in the federal government and healthcare industry. Most of that time was spent asking questions and analyzing answers.

In 2009, she joined the Jewish Genealogical Society of Colorado and served as a board member for three years until moving 25 miles east of Cotopaxi where she has devoted more time to documenting the Cotopaxi Jewish Colony.

Between 1882-1884, a Jewish agricultural colony was established in southern Colorado where terrain, weather, roads, and trains had an impact on its success. In this entertaining, informative, and instructional lecture, we’ll reconstruct the story of 77 Russian Jewish colonists from 17 families and locate over 1500 descendants utilizing unusual research techniques combining genealogy, history, and local public documents.

Techniques will include how to search Russian Jewish families based on first names only, things to look for when “translating” Yiddish, and why to ignore census indexing, and spend time looking at original records and ships manifests.

We’ll support oral histories with official documents; we will discuss how to get past the “guardian” of local records;  and we will explore how wild the west really was in 1882 – with Ute Indians still living in caves, the McCoy gang locked up in a territorial prison, and the murder/mystery of who killed Gold Tom.